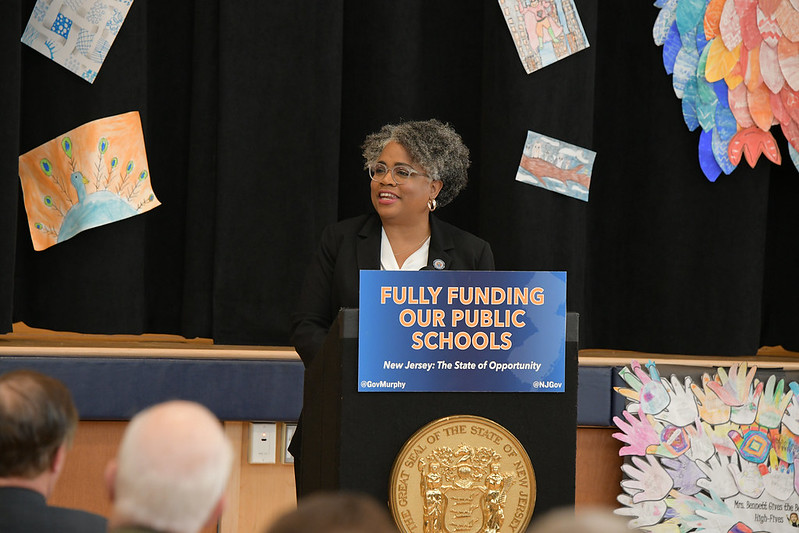 New Jersey education officials didn’t act Wednesday to change new state standards for health and sex education, despite outcry from some parents, lawmakers and even board members who passed the standards.

Acting Education Commissioner Angelica Allen-McMillan spoke for nearly half an hour during the monthly state education committee meeting and said she “heartily disagrees” with critics who oppose the new standards.

“Denying our students medically accurate, age- and developmentally appropriate information about their bodies and about the personal and interpersonal relationships that shape childhood, adolescence and young adulthood is a disservice and actively harmful,” Allen-McMillan said.

The pushback prompted Gov. Phil Murphy to direct the Department of Education to review standards and clarify age-appropriateness guidelines.

Four members of the state school board sent Allen-McMillan a letter Tuesday urging her to remove “some of the more controversial and graphic language” in the standards, according to NJ Spotlight. The letter also asked her to convene a committee of experts, educators, parents and others to review the new standards, as well as existing standards, adopted in 2014 “for some possible adjustments.”

Two of those letter signers, Andrew Mulvihill and Mary Beth Berry, made themselves known at Wednesday’s meeting.

Mulvihill, the committee’s vice-president, said he has spoken to many parents who fundamentally disagree with some of the standards because of their moral and religious beliefs.

“You are offended by it. You are upset about it. It’s a problem for them,” Mulvihill said. “And I think some of my fellow board members don’t recognize – and I don’t know if the commissioner recognizes that – I think there’s actually a political viewpoint. It’s not all science. It’s not all just experts. There is a political view and a moral view held by the state of New Jersey on some of these issues.”

Parents can object to sex education. Berry said she is concerned that students who are pulled from class for this reason may feel alienated.

“What kind of mixed signals are we going to send to kids if some go to another room?” she said.

Allen-McMillan said many critics of the new standards were “misguided or misinformed”. She reminded board members that the state merely sets standards, which are essentially guidelines for what concepts students should know and when. Local school boards are tasked with creating curricula based on the standards — and should take public input into account when doing so, she said.

If state officials started micromanaging what local schools should be teaching children, school board member Joseph Ricca reflected, where would it end?

“Limiting education to subjects that make us comfortable or banning books because we don’t like what they say are un-American moves. These are fear tactics,” Ricca said.

School board member Ronald Butcher said he has concerns about the standards – but doesn’t think his concerns should affect what schools teach children about sex.

While districts are required to implement curricula based on state standards, state officials only verify that local districts are teaching what they should be teaching about every three years, Allen-McMillan said. She didn’t have an answer as to what penalties districts might face for non-compliance because it hasn’t been a problem in the past, she said.

“We haven’t had any districts who willfully refuse to teach content,” she said.

Nikita Biryukov contributed to this article.

GET THE TOMORROW HEADLINES IN YOUR INBOX