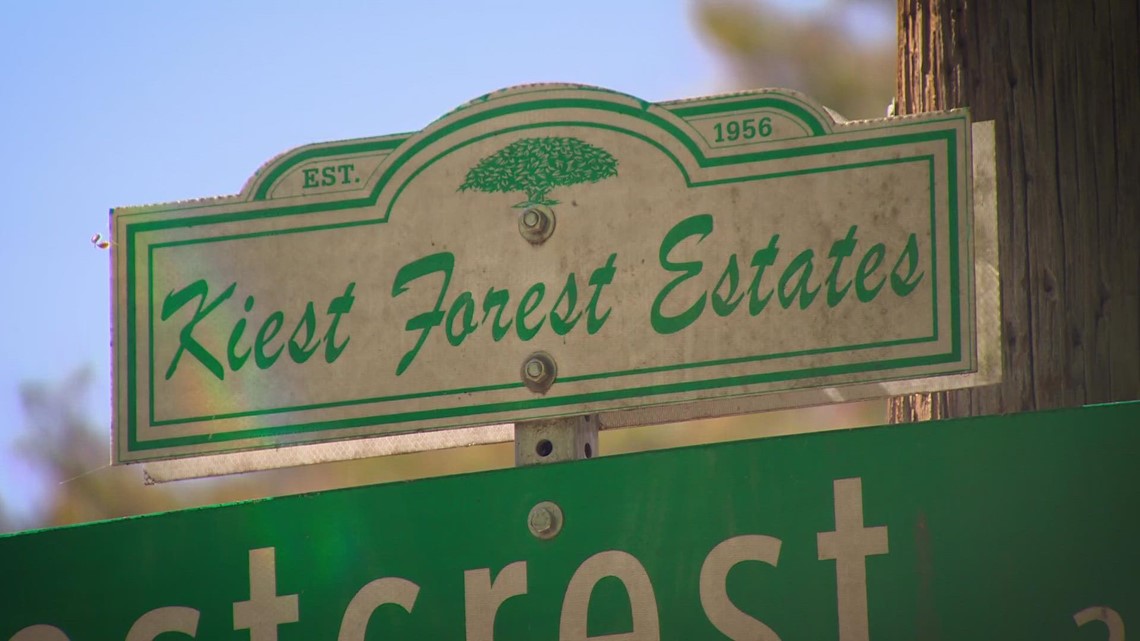 Residents at Kiest Forest Estates say a developer is putting up “For Rent” signs around a subdivision where they were told homes would be for sale.

DALLAS — Some neighbors in the Kiest Forest Estates community in Oak Cliff are raising concerns about a newly developed subdivision.

Neighbors said they were initially told the project would have new homes for sale at 3700 W. Kiest. A few days ago they learned that houses on the site are now listed as rentals.

“They should be houses that would fit into the neighborhood, with brick facades and stone. And they would be for sale,” said neighbor Tim Hill, explaining what residents have been repeatedly told about the new housing development.

Neighbors claim problems with the Kiest subdivision date back to 2017. They said developer Hassan Nasser has asked the city of Dallas to build dozens of new homes for sale.

Neighbors in the area said they spoke out loud during the meeting with their city council, the developer and City of Dallas employees. Over time, the project was significantly reduced to fewer apartments.

“We didn’t believe the promises made. And there were good reasons not to,” Hill said.

There are currently 27 new apartments in the subdivision. A fence surrounds the property on W. Kiest Boulevard. There are signs at the entrances saying “No Trespassing”.

However, it’s the “For Rent” signs that neighbors say have been appearing in recent days that surprise them.

“One of the homes that we expected to be for sale was actually for rent for an alarmingly low amount,” said neighbor Craig Wheeler.

Recent posts on a variety of real estate websites list homes in the Kiest subdivision for rent for $1,800 a month. The builder’s website once listed homes for sale ranging in value from $240,000 to $290,000.

“It was not designated as a shared apartment. It wasn’t listed as a townhome. It was not intended for rental purposes. There should be houses for sale,” Hill explained.

Longtime neighbors describe the developer’s move from sale to rental as a lure and a switch.

“Our concern is that in three or four years this property will become a problem for us,” said neighbor Mark Wilson.

No one from the developer’s office has responded to multiple requests for comment regarding the original plans for the project, communications with neighbors, and current plans for the development.

The WFAA asked the City of Dallas and District 3 Councilman Casey Thomas if any grants or public funds were associated with the project.

“I think I speak for the city of Dallas broadly, and I speak specifically for District 3 Dallas to observe what’s going on around you and get involved,” Wheeler said.