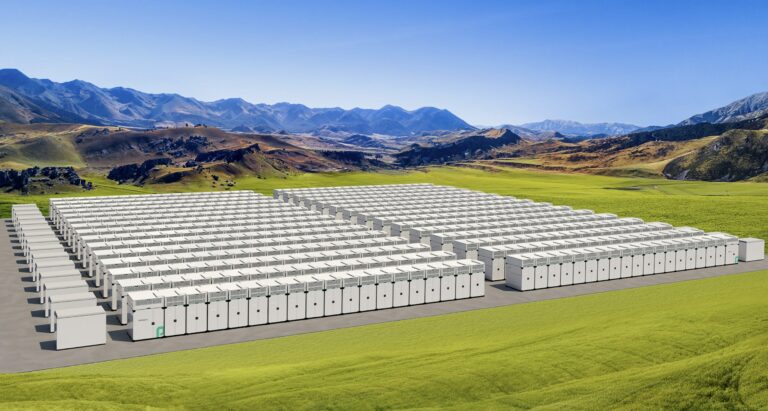 Developer Akaysha Energy has been selected for the Waratah Super Battery project in New South Wales, Australia with Powin Energy as the key supplier.

The flagship project is a key component of New South Wales’ (NSW) energy transition strategy. It is supported by the state government’s recently announced budget for 2022-2023 and its commitment to rapidly expanding and upgrading transmission systems to accommodate renewable energy growth.

As a result, government body EnergyCo NSW is finalizing contract award for work on the 700MW/1,400MWh Battery Energy Storage System (BESS). Last week, high-voltage transmission system operator and manager Transgrid was commissioned to upgrade the necessary infrastructure to connect the project to the grid and Australia’s National Electricity Market (NEM).

This morning, Akaysha Energy announced that it and its partners were successful in the bid and selected by EnergyCo NSW to develop the Waratah Super Battery – the Southern Hemisphere’s largest BESS project announced to date.

As noted in energy storage.news’ With the project already covered, the NSW Government declared the Super Battery a critical government significant infrastructure project and opened it up to tender. It is scheduled to come online before or around the time Eraring, a coal-fired power plant in New South Wales, retires in August 2025.

It operates as part of a System Protection Integrity Scheme (SIPS), which means that it will not only increase the usable capacity of the transmission grid to accommodate new renewable energy, but will also be available to protect the grid in the event of power peaks by buffering the network before events such as bush fires and lightning strikes.

“This project will be the first in a series of ‘gigawatt-class’ BESS projects in the national electricity market and will play a critical role in the energy transition by unlocking many gigawatts of new renewable capacity,” said Nick Carter, Managing Director of Akaysha Energy .

The actual size of the super battery is even larger

The battery system is commissioned to ensure the 700 MW rating and 1,400 MWh capacity is available under Akaysha Energy’s service provider agreement with EnergyCo NSW.

However, the developer said today that the sizing of the BESS will likely be larger at 850MW/1,680MWh, allowing the asset to move into other markets and unlock separate revenue opportunities with the additional capacity.

Akaysha said it expects to enter markets for energy trading by charging at off-peak hours and then offloading to the grid at peak times when it’s more valuable.

Regular readers of this site may recall that BlackRock Real Assets, a real estate and infrastructure investment arm of the major investment management firm, acquired Akaysha Power earlier this year.

The acquisition came with a commitment to invest A$1 billion in Akaysha’s development of battery storage facilities in Australia, as reported by Energy storage.news Mid August. The developer was bought by a fund managed by BlackRock Alternatives’ Climate Infrastructure team.

Later that month, US-based battery storage system integrator and manufacturer Powin Energy signaled its entry into the Australian market by forming its partnership with Akaysha.

At that time, Powin Energy and Akaysha signed a supply agreement for 1.7 GWh of BESS. In addition to Waratah Super Battery, Akaysha is known to be developing eight other projects, with the nine-project pipeline totaling approximately 1 GW of power and 3 GWh of capacity.

Powin Energy will supply battery hardware in the form of the company’s Centipede BESS platform. The company released the platform a few months ago, allowing multiple units of the Powin BESS stack to be configured up to very large megawatt-hours, or even gigawatt-hours in this case. Powin’s Stack OS software is also used as the Super Battery’s control system.

In the meantime, EKS Energy, the power electronics company recently acquired by Powin Energy, will supply the site’s Power Conversion System (PCS) technology. In a recent interview with this website, Danny Lu, Powin Energy’s Executive Vice President, discussed the strategy and rationale for this acquisition.

“By investing in the development of the Waratah Super Battery, we will help increase grid resilience, ensure more Australians have access to reliable energy sources and support Australia’s orderly energy transition,” said BlackRock co-lead of the Climate infrastructure in the APAC region. said Charlie Reid.