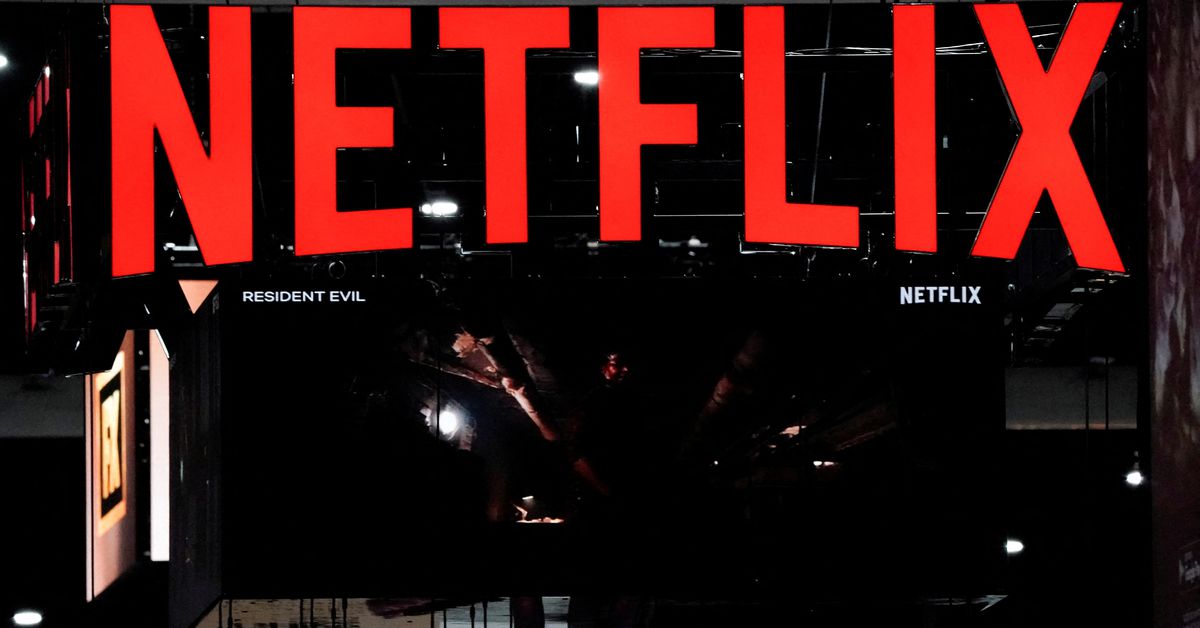 LOS ANGELES, Oct 18 (Reuters) – Netflix Inc (NFLX.O) reversed subscriber losses that had weighed on its shares this year and forecast more growth going forward, calming Wall Street as it braced itself to offer a new streaming option with ads.

Netflix’s shares are up 14% in after-hours trading, buoyed in part by the streaming giant’s forecast that it would add 4.5 million subscribers in the fourth quarter. The company’s stock, an investor favorite during its years of rapid growth, was down nearly 60% this year ahead of the earnings report.

“Thank God we’re done with shrinking quarters,” said co-CEO Reed Hastings, adding that the company needs to continue to gain momentum by focusing on content, marketing and a lower-priced plan with advertising.

“Netflix’s impressive numbers show that the company’s growth story is far from over,” said Haris Anwar, an analyst at Investing.com.

During the quarter, Netflix released the final episodes of Season 4 of the sci-fi hit Stranger Things, as well as serial killer series Dahmer – Monster: The Jeffrey Dahmer Story, which became one of the most-watched Netflix series of all time.

The streaming giant is working to spur membership growth after a sudden drop in the first half of the year, when the company’s subscriber base shrank by 1.2 million amid a troubled global economy and growing competition for online video viewers. Netflix now has a total of 223.1 million subscribers around the world.

Most established services are no longer growing in the United States, where the market has matured. Newer entrants like Paramount Global (PARA.O) Paramont+ are gaining market share thanks to live sports programming.

In its quarterly letter to shareholders, Netflix noted that other media companies are losing money on streaming.

“Our competitors invest heavily to grow subscribers and engagement, but building a large, successful streaming business is difficult,” the letter reads.

Netflix estimated that its competitors would end 2022 with combined operating losses of “well over $10 billion,” compared to Netflix’s annual operating income of $5 billion to $6 billion.

For the third quarter, Netflix beat analysts’ forecasts with revenue of $7.9 billion, up 6% year over year. Earnings were $3.10 per share.

Signage at the Netflix booth is seen on the convention floor of Comic-Con International in San Diego, California, United States, 21 July 2022. REUTERS/Bing Guan

The company’s forecast of 4.5 million customer pickups by the end of the year was slightly ahead of Wall Street estimates, which had averaged 4.2 million. For the fourth quarter, Netflix forecast revenue of $7.8 billion, a sequential decline it attributed to the strong US dollar.

In early November, Netflix will launch a $7-a-month streaming plan with ads to lure in cost-conscious customers.

“We are fairly confident that this will result in significant additional revenue and profit streams over the long term,” said Chief Product Officer Greg Peters.

He didn’t reveal how many new subscribers or how much revenue Netflix expects from the advertising plan.

Paolo Pescatore, an analyst at PP Foresight, predicted that some of Netflix’s current subscribers will switch to the cheaper option.

“Some will downgrade or choose to return to Netflix,” Pescatore said. “The move is both about retaining users and signing up new ones.”

Another analyst, Michael Pachter of Wedbush, saw the ad-supported layer as a tool to reduce cancellations by offering price-conscious subscribers an alternative.

While Netflix is ​​making various changes to spur growth, the company said it remains committed to producing original programming and releasing all episodes at once for binge-watching.

“We believe that allowing our members to be immersed in a story from start to finish increases their enjoyment, but also their likelihood to tell their friends,” the company said.

A new season of British royal family drama The Crown and a sequel to the 2019 film Knives Out will be released in the fourth quarter.

Netflix said it will no longer provide quarterly guidance for new subscribers. The company will continue to provide forecasts for revenue, operating income and other categories.

“We are increasingly focusing on revenue as our primary revenue metric,” the company said.